Test drive “The feeling of getting used to the Audi Q7”

Restyling gave the crossover a changed appearance and a completely new interior, but did not change its essence at all

I’ll start at the end. A well-known fact: you quickly get used to good things. So my wife and I, having traveled for a week in an Audi Q7, had to transfer back to our car, by the way, a large German sedan. The transplant was almost successful, except for the fact that when trying to seat the child in the child’s chair, the spouse knocked her head against the doorway – he turned out to be too low after the crossover. I learned about it from the characteristic knock …

The main gripe I often hear about the current generation Audi Q7 was its looks – many considered it too modest. The design of the restyled model can not be called defiant either, but in traffic it looks brighter due to the new, aggressive shape of the headlights and a sharper edging of the radiator grille, which received eight corners against six earlier. The bumpers got a faceted look and added 11 mm to the body length. The taillights are also new and are joined by a chrome strip, which makes the aft more interesting.

Changes in the technique are insignificant, as in terms of materiel, this “German” was all right. Actually, the updates concern mainly additional equipment. Thus, as an option, the Audi Q7 is now equipped with laser headlights and active stabilizers, which previously only relied on the sports version of the SQ7. The 3-liter turbodiesel version received active engine mounts along with an improved cooling system. The power is the same – 249 hp. By the way, we no longer have an alternative to this engine, since the 3-liter gasoline “six” offered before the restyling was practically not bought. And we know why – turbodiesel is better in almost all respects.

But inside there is a revolution! The old interior was completely retired and the salon was installed from the related Audi Q8 on the platform. This means that now here is the realm of touch screens with a minimum of buttons. Whether it is good or not is a matter of taste, but I will nevertheless express my opinion. The new salon, of course, looks more modern and technologically advanced, but, in my opinion, because of this, it has become colder. The touchscreens are not as easy to use as the regular buttons and dials, although they hardly need to be used while driving, as the main functions can be controlled from the steering wheel.

Otherwise, this is the old Audi Q7 with a well-defined geometry behind the wheel and excellent seats. But I personally would have preferred the sport seats to the base seats in our test car because their profile is even better. On the second row there is expanse in all directions, and not only for two, but also for three riders, although two of them are, of course, better there. As an option, there is a separate climate control for the rear of the cabin, which will have to be controlled using the touch screen. The backrests of the rear seats are adjustable in tilt angle.

I remember how now: I flew for a test drive of the then new Audi Q7 (a restyled version of which I am testing now) to Switzerland, to a place called Verbier. My first surprise was that in this rich country there are broken roads. But it was even more amazing how the Audi Q7 skillfully dealt with potholes, potholes and cracks in the asphalt – he practically did not notice them.

And now I am driving along the chipped Moscow streets, which they forgot to patch because of the coronavirus self-isolation, and once again I enjoy the excellent smoothness of the ride. Perhaps the best in the class of large crossovers. Moreover, my test car is “shod” in the largest in size 21-inch wheels, but still somehow miraculously manages to smooth out patches, hatches and tramways. At the same time, I hardly hear the hum of low-profile tires – the sound insulation here is excellent!

And vibration isolation too. To understand that a turbodiesel is working under the hood is almost unrealistic in the cabin – except by the gradation of the tachometer scale on the instrument panel, ending at low revs. It looks like the active engine mounts actually help reduce idle vibration to an almost imperceptible level. This motor was smooth before restyling, but now it works even smoother. In motion, the traction is even and powerful – it is enough always and everywhere.

The handling is calm, it does not dispose to the attack of turns. But, if the driver suddenly wants to go fast, the crossover will not resist this at all, revealing an excellent balance of behavior on completely different types of road surface. Although, to be honest, I would not refuse active anti-roll bars, which the test car does not have, because the rolls with them tend to zero, and the trajectory accuracy becomes even higher.

But the main thing in this crossover is not handling, not running smoothly, not a high-torque engine and not interior comfort, but an ideal combination of all these parameters. Thanks to this symbiosis, a coherent and harmonious image is formed, causing a persistent sense of addiction. Helped me on the trip Free Sat Nav App which I downloaded. 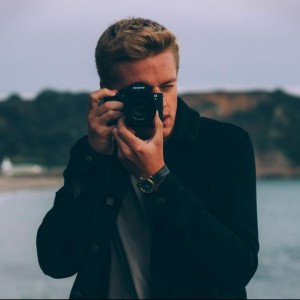