The Polynesian tattoo and its meanings

The practice of tattooing was brought to Europe by the British navigator, explorer and cartographer, James Cook, at the end of the 18th Century, on his return from his travels in Polynesia.

James Cook had been impressed by the richness of the patterns that the Polynesian populations proudly displayed.

Very rich between the tattoos of the Samoa Islands (Alaivaa) or those of the Marquesas Islands (“Patutiki”), this practice was very quickly adopted by the crew of HMS Endavour, Cook’s ship. The tattoo had also very quickly been adopted by the aristocracy of the English court, which marked the privilege of having access to this exotic culture.

Etymologically, “tattoo” comes from the Polynesian word “TATAU” which means to strike, but also “to mark the skin”. It is the combination of “TA” (= drawing inscribed in the skin) and “ATUA” (= spirit).

The word tattoo will enter the French language in 1769 and officially finally, in the dictionary in 1858.

We are delighted to tell you about this magnificent multi-millennial practice that has conquered the Western world.

Polynesian tattoo: the meaning of the sacred

Legend has it that the tattoo was created by the Gods. The two sons of the God TA’AROA (supreme creator), MATA MATA ARAHU and TU RA’I PO, fell in love with HINA ERE ERE MANUA, the daughter of the first man. In order to seduce her, the two young men would have adorned their bodies with more complex patterns than the others. This task accomplished, the young woman is passionate about tattoo graphic art, it is from this moment that the tattoo was born.

MATA MATA ARAHU and TU RA’I PO have since started to teach this technique to men, so they became the Gods of tattooing.

Apart from the legend, the tattoo is part of the identity of each Polynesian individual in particular to mark his belonging to a high social rank. The tattoo is initially synonymous with strength, power and wealth.

In Polynesian culture, tattooing is sacred, it protects men against the loss of Mana (spiritual energy emanating from the earth and nature), ensures health, balance and fertility.

The tattoo ritual particularly accompanies the great moments of life such as marriage, the coming of age, the honor of prowess in hunting, fishing or even in war. It is also around 12 years old, at puberty, that a Polynesian begins to get a tattoo.

The tattoo therefore appears as a strong community binder, it evolves throughout the life of the wearer and allows it to be identified within its own community.

Traditionally, try to make a custom tattoo and while tattooing is allowed all over the body for the entire male population, only warriors and some priests can mark their faces, especially on the forehead and lips.

At his death, the individual must appear before the Gods. They judge him on his tattoos, which testify to his origins, his social rank and his actions on Earth.

Even though tattooing is not the preserve of men, we can observe some differences between female and male tattoos.

Historically, women get tattoos to seduce, their tattoos are assumed to be prettier and better executed. The number of zones is limited to the feet, lips, arms and hands.

Only the wives of the chefs have the privilege of having their thighs and buttocks tattooed.

The traditional technique of Polynesian tattooing

As explained above, tattoos were originally made during sacred ceremonies (weddings, coming of age, etc.). The practice of tattooing was accompanied by many rituals that we describe below. For a first tattoo, the young Polynesian prepares first by purifying his body through fasting and sexual abstinence.

The ceremony is materialized by the act of tattooing, where the young novice is held in a vice made of banana trunks. The ink used is composed of pigments extracted from the charcoal of Bancoule Tiari nuts.

All this show is accompanied by singers and dancers surrounding the young novice and his tattoo artist. The latter himself sings a song punctuated by the beating of the mallet against the stick, making sure that no drop of blood flows or touches the ground.

It is only at the end of this very painful ritual that the tattoo gods, MATA MATA ARAHU and TU RA’I PO, are invoked to bless the tattoo.

The meaning of Polynesian patterns

For Polynesians, the first animal they get tattooed is the one they want to be reincarnated in. Here are the meanings for each animal:

Today, where is the Polynesian tattoo?

Even though the Ministry of Health banned the use of authentic material in 1986, Polynesian tattooing has never been as fashionable as it was in the 1980s and 1990s!

All over the world, a majority of non-Polynesian tattoo artists help to perpetuate this sublime art, even if it is done far from traditional rules: with a dermograph for example or without rigor as to the appropriate areas.

On the other hand, we can observe a real enthusiasm on the part of Polynesian youth in search of a return to traditional and cultural values ​​which too, are remaking it in the manner of their ancestors.

Polynesian tattoo
Prev post HVAC repair in Vancouver; Do it yourself or call a professional?
Next post Spotify Premium Free Apk 2021 is free music player for Android and iOS 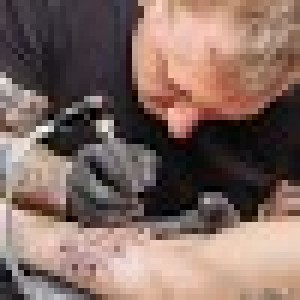