Top Six Interesting Things to do in Dallas

The city of Dallas has its rich historical roots in farming and oil production. Over time, the town transformed into a trading center and tourism capital, and its striking features are modern architecture, museums, historical sites, cultural nightlife, and shopping areas.

You can begin your trip to Dallas by heading towards the city center. While you are here, you will find numerous hotels and restaurants to stay and eat with your travel companions. The best time to visit Dallas is between September and November when the temperature is not extremely cold or hot.

Best  Things to do in Dallas

If you want to know about the famous and exciting things to do in Dallas, have a look at the detailed guide.

Dallas is home to numerous museums, but the sixth-floor museum is the major highlight of all of them. It was built to pay tribute to one of the nation’s tragic and vital events, the assassination of President John F. Kennedy. Once you reach the museum, you will first be shown the multimedia exhibition, which tells about the political climate of the early 1960s. Later, you will be taken to the President’s trip to Texas and show you his last days of life.

The remaining exhibitions will include historical events such as recollections of the state, investigation, and JFK’s legacy. Besides this, there will be a replica of the Mannlicher-Carcano rifle, the scale model of Dealey Plaza, forensic evidence, and things like Lee Harvey Oswald’s wedding ring and Jack Ruby’s hat.

No trip gets complete without taking a tour to the Southfork Ranch, located in Washington, D.C. It will take you around 40-minute from Downtown Dallas in Texas to reach the site, and it is home to the Ewing clan of the Dallas TV show.

While you are here, take a guided tour to see the gun, costumes, clips, and props from one of the longest-running shows in TV history.

The 66-acre botanical garden is the top-rated botanical garden in the world that features spectacular nature and its elements throughout the year. One of the best things to do in Dallas is attending the largest floral festival in the Southwest, craft shows, Artscape, Christmas holiday displays, etc., in the fall and winter season. You can also stroll around the ‘Texas Skywalk’ for some charming views or walk under a waterfall at ‘the Cascades’. While you are here in Dallas, don’t forget to explore White Rock Lake Park.

Dean Fearing’s restaurant is one of the famous restaurants set within the marvelous Ritz-Carlton Hotel. Treat yourself and your loved ones to the palatable cuisine in outdoor settings with the Father of Southwestern Cuisine.

If you are thinking of adventurous things to do in Dallas, a safari ride is probably the best activity. While you are sitting in the safari, you will get a chance to closely see the giraffes, zebras, bison, cheetahs, and wildebeests throughout the wildlife center.

You can choose a private guided tour and take up to ten people in your pod and enjoy feeding the animals from your car.

Dallas is home to historic trolleys, also known as the M-line featuring all air-conditioned and vintage trolleys that can take you up and down Mckinney Avenue in the downtown Arts District. Being first founded in 1983, it runs and operates 365 days a year, and the service is free of cost. If you want to connect to the DART rail, you have to buy a DART day pass by paying a fee of $6.00 at any nearby station.

You can make Allegiant Airlines booking for yourself and your travel companions and explore the main highlights of the place, and it includes the standard pour (well-known for barrel-aged cocktails) and the trophy room. 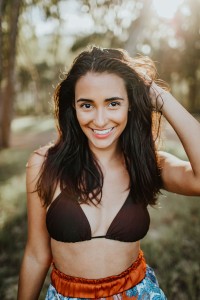